Please read everything BEFORE commenting.

I know that Leo Bodnar boards are supported, but the simple fact is that they are somewhat limited in their capabilities.

That sounds great until you consider that it can't output to motors and LEDs, never mind 7 segment displays.


The Teensy 3.2 Arduino microprocessor controller (€35.97 / $24.55) is an input/output device that can act as any USB/HID/MIDI device controlling buttons, joysticks, stepper & servo motors, encoders, 7 segment LED displays, even work as a USB keyboard. Or just about anything (serial or analog) that you want to it do. Want it to play/control sounds through a speaker? It can do that too.


As far a using it to control FSX/P3d, that can be VERY easy.

This has been set up as an example, with only one button, to send the letter "g" as a keyboard input. Of course you can set up as many keyboard inputs as you want, but I thought that I'd keep it simple.

And just how simple is this to program?

I didn't really program it. I just downloaded a keyboard example program.

This is it in it's entirety;
int buttonPin = 9; // Set a button to any pin, it doesn't matter all that much in this case

Adding more input pins (buttons/keyboard inputs) should be easy for everyone here to figure out.

The important thing is that you can ALSO use this Arduino to act as a series of joysticks with programmable buttons too.

Using the EXACT same breadboard setup, this is an example of the Teensy 3.2 being programmed as a joystick button in Prepar3d V3. This is an example of the Teensy 3.2 being programmed as a joystick button in SPAD.neXt. Again this isn't something that I wrote, this was just an example that came with the Teensy Arduino.

But sending input to FSX/P3d is not the problem.

What's needed is a better way to have FSX/P3d send data TO the Teensy.

Right now there are two programs that will send info TO Arduino's.

One is Link2fs Multi for FSX. It's creator was upset by a detractor and pretty much stopped developing the program in 2014.

The other program is MobiFlight (in English and auf Deutsch MobiFlight)

I'm simply reluctant to invest much time and effort in either program. Speaking of "analog" controls, this is something that I made up with a servo motor. Looking at my last post I noted the "Com" number on the chip and thought that I might offer a couple of tips to anyone who's as new to Arduinos as I am.

1) Whatever Arduino you get, you'll need to go to Arduino.cc to download the free software - ADE.

2) To use your Arduino you'll need to tell the software at least two things; What type of Arduino you have, and what Com port it is on.

I have several different types of Arduino's, each with a different Com port. That's why I labeled then.


Also a note - not all Arduino's have USB/HID communications built into them, even if they are plugged into your computer via a USB port. There are, however, add-on boards (called shields) that will, for most part, give a general Arduino that capability. Check before you buy.

BTW - "arduino's" (lower case "a") are open source. ANYONE can make and sell them. The Teensy is one of the better one in many ways, but an Arduino UNO or MEGA might be the best to learn on.
1 Saitek Switch Panel, 1 Radio Panel, 1 Multi Panel, 1 BIP, 1 FIP,
1 Saitek Rudder Pedal, 1 Saitek Throttle, 1 Saitek TPM, 1 Desktop Aviator GPS, 1 CH Yoke


Actually I have been looking into Arduino Controllers already.
But since it do not have any, and was totally lost what to order at Amazon for a basic staring kit , i did not put it on top of my todo list

(Been playing round with some old ATMega since I have a ATMega Development board, but as they are no longer produced i stopped that)

Basically the support for the Backchannel should not be that hard to implement. maybe it's just a 2-liner

Sent via email support@fsgs.com under the title "Arduino controller".


All in all, the Arduino's make it very simple to do difficult things with relative ease.

Two of the Arduino's that I know can be recognized as USB/HID devices are the Teensy 3.2 ($24.55), and the Pro Micro ATmega32U4 ($18.99 for 3). The Teensy 3.2 is the better of the two. And if you want to do anything very large & complex it's far faster. But for most simple things, like sending button/key presses to a flight sim, the Pro Micro will work just as well.

An important note - the "Pro Micro" IS NOT the same as the Arduino "Micro".

The chips that I bought to efficiently address 7 segment displays are the MAX7219 LED display drivers.

Also bought, with the intention of making a 7inch GPS, was a Dual Concentric Encoders w/ Push Switch, knobs included for $9.50. BTW- the original knobs were loose but that's been corrected.

Anyone interested in making a GPS, the screen that I bought is this one - Makerfire 7-Inch. Raspberry Pi LCD Display Screen - $39.98. 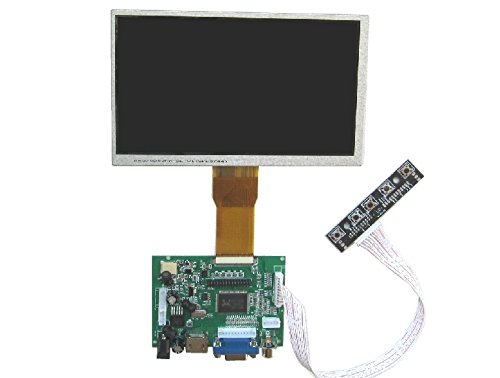 The planned GPS is really just two parts. One part is a monitor. The other is all small components - a dual encoder, buttons, and a box of some sort. Put it all together with an easy to control Arduino and you have a GPS. 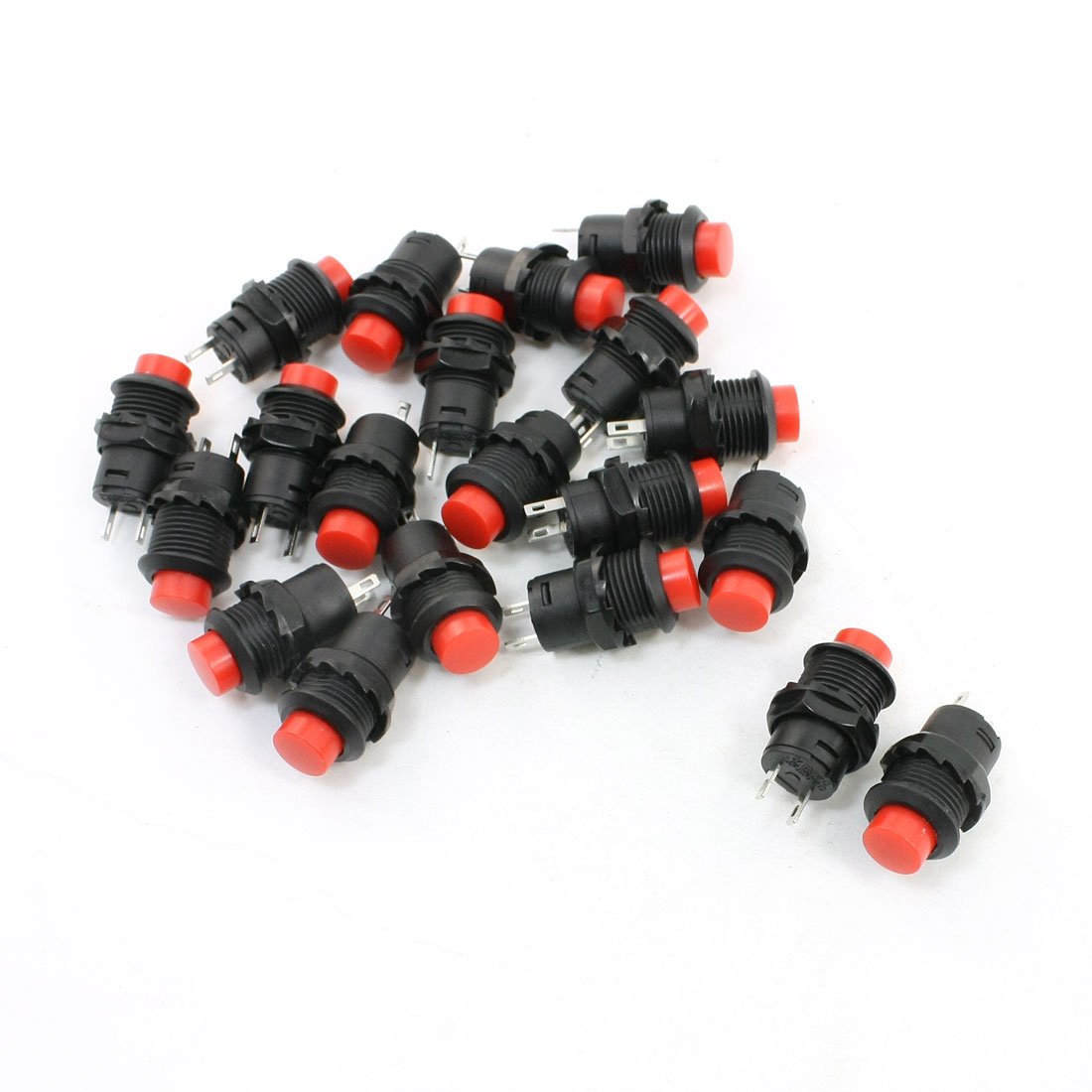 Hi OldAirmail,
Would like to catch up some time re the GPS project.
What time zone are you in?
I am in Melbourne Australia (UTC+11) at this time of year.
David
OZ Flyer
Near YMMB
40+ year of Flight Siming.
Sim: subLOGIC/Microsoft Flight Sim's/DTG FSX, Microsoft Flight, DTG Filght School/FSW/Train Sim/TSW, ETS2 & ATS.
Hardware: Logitech, Saitek, Arduino 2560's & Leo's, BBI-32, PAC LED.
Top

I've just touched the surface as to what they can do. Searching YouTube for Arduino tutorial would be the best way to get an idea of what they can do. A great many things that would be very hard to make without an Arduino, are no harder than what you can do with general handyman skills.

As I said, I'm the rankest of beginners, but by using the programming of what others have already produced, I can say that building your own GPS is practically a no-brainer. Really.

And whether you program it directly into FSX/P3d, or use SPAD.neXt, is unimportant.

Actually, it isn't even programming.

Some Arduinos, Teensy 3.2 & Pro Micro in particular, can be recognized by both the flight sim and by SPAD.neXt. So what follows is simply assigning the built in GPS commands to the buttons. Nothing more complicated than assigning commands to joystick buttons.


At this point I'm thinking that, because the subject is so focused, and may be of interest to many others, that a new post describing the project would be appropriate.

If you want to ask questions, ask away. But you'll be surprised at how simple it's going to be.

Just a taste of what's to come. OK OldAirmail,
I have all the switch's and Encoders already setup for GPS control using a leo board so really all I need is the Makerfire display which I can get on Ebay fo AU$40.